For anyone actually looking to understand autism (instead of leaving it to stereotypes or misuse of the term), or care about human rights for that matter.

Every individual is different, regardless of strengths and weaknesses, etc. The spectrum is broad enough, I should know, seeing / coming across / visiting so many people on it. (And being an Aspie myself.)

Actually autistic people must be allowed to lead the understanding & conversation.

Trigger warning – although this post doesn’t mention any detail of abuse, it is about the dangers of teaching someone not to trust in their right to say no

From a young age I was taught three things:-

From encouraging an autistic child to give up a harmless stim (which may be helping them to cope with negative sensory information), to telling them that eye-contact doesn’t hurt (when it does translate to pain for some), or that hugs are pleasant physical contact (when they may be too much sensory information all at once) or that labels aren’t painful (when the feeling of being clawed at may be very real), navigating what will be believed as real, and what will be dismissed as silly or attention-seeking…

Oh, goody a category four hurricane on the east coast and Amber alerts on my phone.

It was the 1st of October… and I overslept.  My attendance almost didn’t happen because there is only one car, and my mother was ready to take off in said car when I woke up.  Talk about good timing. 😉 I reminded her that it was a drop-in group— that I could show at any time within the three official hours allotted to the meeting.

So I grabbed a bagel, and we were on our way… But before the drive, a neighborhood cat I mentioned before appeared out of nowhere.  It wasn’t black, so… a black cat did not cross my path.  It’s a little remarkable that I rarely see this cat at all, let alone ever have the chance to photograph it.

Okay, so none of the five shots were good.

Finding the building and room was faster and easier than the one on Thursday, where my coordination was a tad embarrassing— aiming to cross the street on foot leftward when the group had previously ventured right of the immediate area.

Needless to say, I was nervous about speaking for myself.  Heck, with Asperger’s, people can be uncomfortable about speaking, period; every member in this group is an Aspie, including the seasoned leaders, so there’s the risk that the whole room may go silent, lol.  Okay, so the group talked.  There was pizza.  And coffee.

Discussions included difficulties in the workplace: being stressed or put into precarious positions while being uncomfortable about speaking up, not being notified, not being told things in person out of “being nice,” and jealousy for sounding smart.  Beyond stigma, Aspies aren’t particularly happy about the political side of things, and would rather live with less B.S. in the world.  Amen.

There may be an implied rule to keep the attendance anonymous, but Kate Goldfield, whose writing has appeared in newspapers, may or may not have been there. 😉  And yes, she is an Aspie.  An Aspie from Maine.  She seems more conversationally open, with a bright sense of humor, though obviously nervous…

It’s not enough to know that the group means no harm.  Sensitivities, and thus anxieties can get the better of an Aspie.  The syndrome can be associated with high sensitivity to smells or loud noises.  For me, it’s mostly just the connecting with others; I can look into the eyes of animals, but not so much the eyes of people I’ve connected with.

Attending wasn’t without a few strange occurrences… There was a bit of dé jà vu once I was sitting, listening, under the spell that I might be fitting in.  Since I added my email to the events mailing list, the next day, after seeing 11:11 on the clock after I rose, I was notified of the two upcoming events: both have the same exact locations I attended during aunt J.’s visits!  A blog post or two is pending featuring one of them…

Well, I feel as if the Saturday group was more fitting than the smaller, “adult supervised” one on Thursday.  (And yes, I do feel incompetent.)  Meeting non-neurotypicals… maybe I can begin to make real-life friends as an adult? …Sigh.

If you’ve been diagnosed with Asperger’s and live in Maine, be sure to check out ASM online.

Warning: this is a bit long and raw.  Some unpleasant things are revealed, and not everyone agrees with the content.  If you’re only here for pictures, poetry or good writing, you’d best skip this.

So I wrote to my on-off therapist, and told him that I had a few breakthroughs since the last session with him, and would write a post in preparation to the revisit.  (I say on-off because the sessions cost money, and I’ve been slow to cooperate.)  Really, the ‘breakthroughs’ were discoveries considering a breakthrough is a major achievement, overcoming something an obstacle into action…

I also said to a friend that I’d write about my Asperger’s, so I’ll start there.
END_OF_DOCUMENT_TOKEN_TO_BE_REPLACED

“Not functioning is not charming. Not being able to keep a job or friends isn’t cute. … Struggling all day, every day to even grasp some of the world around them isn’t amazing. …in real life, people have to live with the consequences.”

(Note: comments here are closed.  Go over to Parker’s post.) 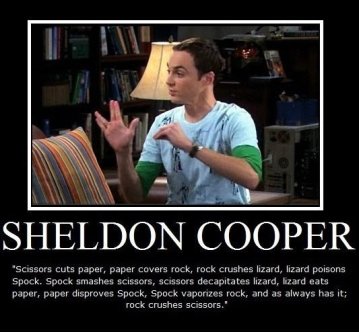 I think it’s tragic that people have so many prejudices, especially about things they don’t understand. They don’t know what they’re missing.

Have you even known someone with: ALS,MS, Parkinson’s Disease, CP, Alzheimer’s, Tetanus, Pinched nerve, meningitis, Huntington’s Disease, Migraines, Epilepsy, Polio, stroke, or any of the other neurological disorder?

Would you tell someone who’d suffered a stroke to just talk properly? Unlikely.

Would you tell someone with ALS to stop being so lazy? No way.

Tell someone with Alzheimer’s they could remember if they just tried harder? Doubtful.

Someone with Parkinson’s to stop shaking, that they were just trying to get attention? Improbable.

Yet people with Autism are constantly told to grow up, smarten up, man up, stop being so lazy. People scoff, blame, bully, abuse, mock, make jokes, call names, etc.
Autism is a neurological condition just like any other. They have as much control over how…

For one mere sentence or act of quality, it requires an extraordinary amount information, experience to know, out of prior execution and feedback, what works and what doesn’t, and confidence to deliver the end-results as-is.  Opposing standards do not necessarily help, and sometimes that battle of wills can become ridiculous.

This post will remain uncensored, but I come to you today a coward and a hypocrite.  I didn’t vote yesterday.  I was driven to the voting station in the area (the Buxton fire station for at least four years, and the town hall prior), but I didn’t walk in.  The indecision wasn’t out of fear per se; it was the Asperger’s.  This time around made me realize exactly what was, and is, wrong with me.